Gayle V's Best Ever Grilled Cheese started at the Green City Market in 2010 at the Prairie Pure Cheese booth. I was selling cheese at the market and thought since there was fresh baked bread right next to me (Bennison's Bakery from Evanston, IL) and fresh butter on the other side of the market (Nordic Creamery from Westby, WI) and I had the best cheese for melting, maybe I should make grilled cheese. And so it began. I only use Prairie Pure Cheese from Belvidere, IL.

Let me tell you a little about how I came to be a cheese vendor at the market. I had a home based bookkeeping business and one of my clients, Brian J. Gerloff, DVM, PhD, was one of my clients. Brian had a large animal veterinary practice in Northern Illinois and had noticed a dramatic decline in the number of dairy farms. He wanted to do something to help sustain at least one farm so he partnered up with one of his clients, Todd and Brenda Aves in Belvidere, IL, (a 100 year old dairy farm with 90 cows) and started Prairie Pure Cheese. When Brian sold his practice and no longer needed a bookkeeper, he asked if I would like to be the sales rep, market vendor and delivery person for Prairie Pure Cheese. Since I had filled in at the market a few times for him, (and absolutely loved it), I said sure! I was doing 2 markets at the time, (3 days), and now do 4 markets. Not only has the cheese sustained the Aves' farm, buy they have put up a new barn and added cows to their herd. Grilled cheese with a purpose!

The first year I sold only the "Classic" which had Prairie Pure Butterkase cheese on it, fresh bread and fresh butter. I started to add toppings from market vendors the next summer, like tomatoes from Mick Klug Farm and Iron Creek; arugula and jalapenos from Green Acres or Growing Home; and Honey Crisp apples from Mick Klug Farm. I then added ham, pork sausage and bacon from Jake's Country Meat. We also have fresh eggs on the breakfast sandwich from Finn's Ranch, Five cheese garlic spread, mushrooms and Heirloom tomato salsa from River Valley and Pepperoni from Underground Meats.

The best part about delivering the cheese to the chefs at restaurants in Chicago is talking with them about toppings for the grilled cheese (amongst other things). I have several restaurants that make toppings for me and then I named the sandwiches after their restaurant.

Southport Grocery and Cafe makes several toppings for the grilled cheese. The "Southport" has Butterkase cheese and their Smoked Onion Marmalade (A Good Food Award winner).  They also make my Rhubarb Mustard, Blueberry Mustard, Spiced Cranberry Marmalade, Cranberry Mustard, Apple Butter, and my delicious Tomato Pesto soup. I have jars of the all of the above products to buy at my marketstand and storefront location but I would definitely pay them a visit to eat and shop for these locally sourced items.

The "Duke" is named after Duke's Alehouse in Crystal Lake, IL. They also buy Prairie Pure Cheese and they make the Beer Mustard I use on that sandwich.

The "Abreo" is named after Abreo in Rockford, IL. Also a Prairie Pure Cheese customer, they make the Bacon Onion Jam. Recently named one of the top 5 restaurants in Illinois to eat at, outside Chicago.

The sandwich selection varies depending on what is available from the market vendors. I also use Coop Sauce's Poblano Mustard; raspberry jam as well as fresh Pecans from Three Sisters, just to name a few.

Recent additions have been the Pulled Porker made with Jake's Country Meats Pork shoulder, Pinch spices Sweet and Sassy seasoning and Broad Shoulders BBQ Sauce.  We chop the sweetest, preferable honey crisp apples with carrots to make the slaw - cool & crunchy after cooking the pork and melting the cheese we put it on - soooo delicious and hearty.  I also now have the Blue Buffalo which is made with Jake's Country Meats Chicken which I cook with Pinch spices Finger Lickin Chicken seasoning.  I debone it and then add Coop Sauces Barrel hot sauce.  Hot but really quite mild and then we add Prairie Pure Blue cheese to help cool it down for quite the memorable grilled cheese. Really, you should try one. 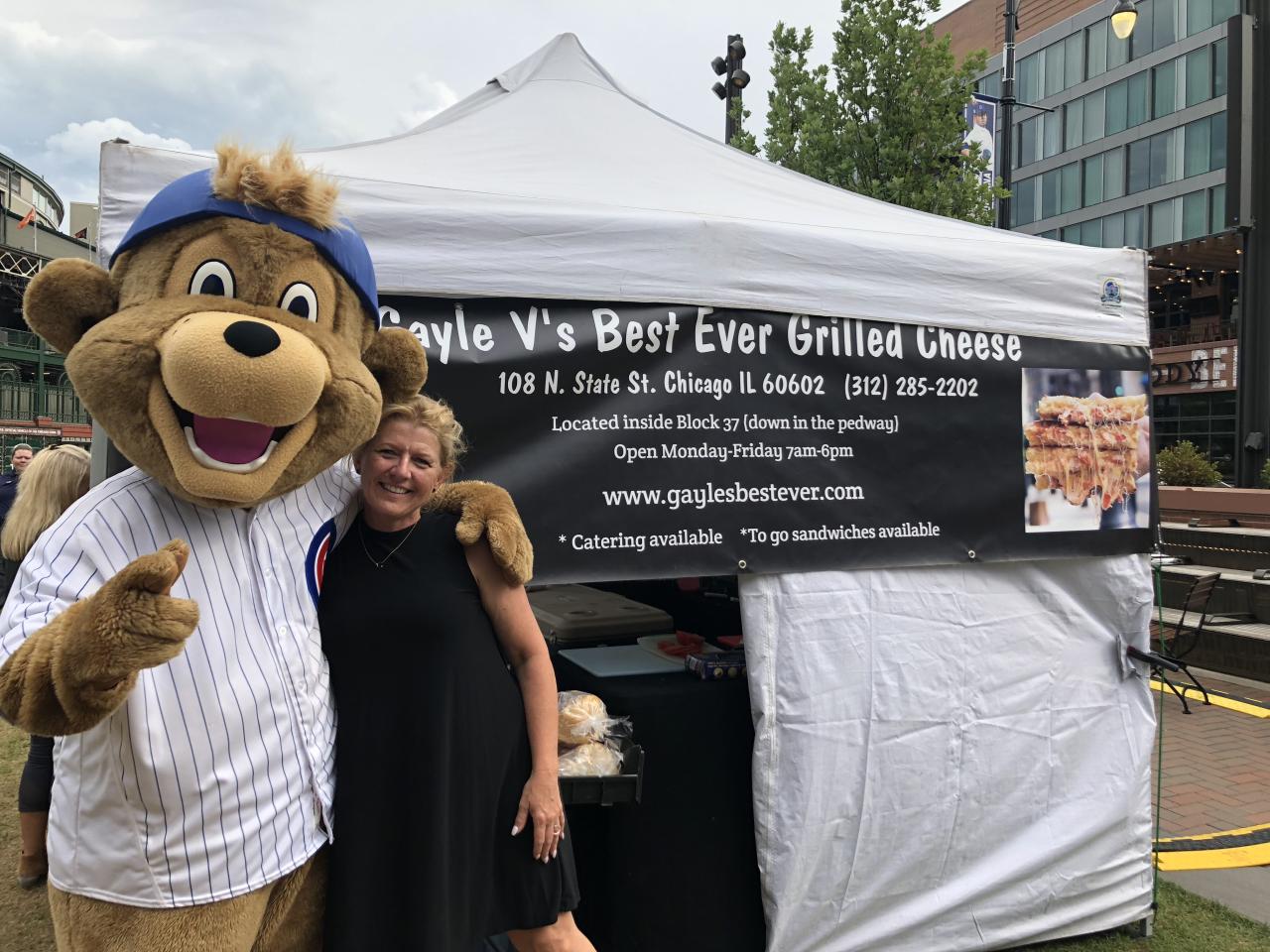